Taken on the occasion of a visit to Lodge Meigle 1122 for their re-dedication ceremony. Lodge Meigle was granted a charter at the same time as Lodge Crawfurdsburn 1121. 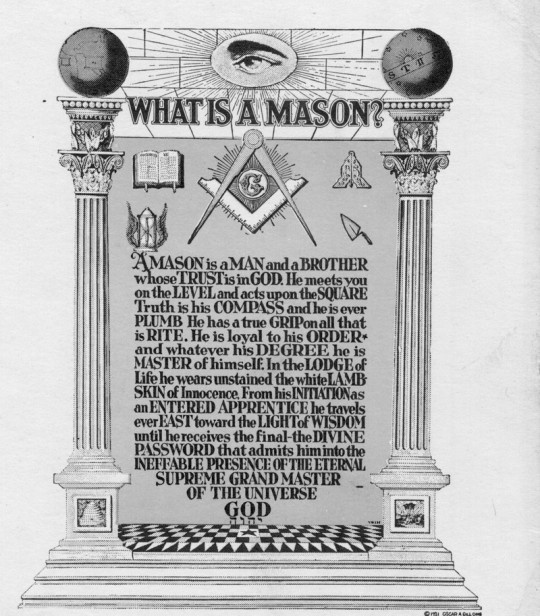 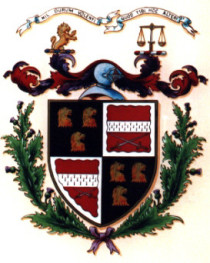 Thanks to PM George Nixon for providing the following regarding the Lodge Crawfurdsburn motto.

The 1121 motto, which comprises Crawfurd and McKnight, is broken down as follows:

The Crawfurd part in Latin is “Quod tibi hoc alteri”, which translated means  “Do as you would be done by”. 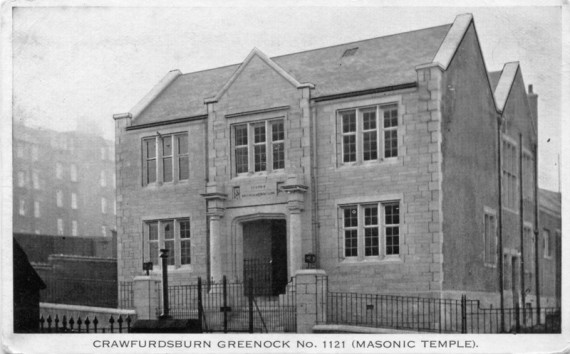 It wouldn't have happened in MacDougall Street! 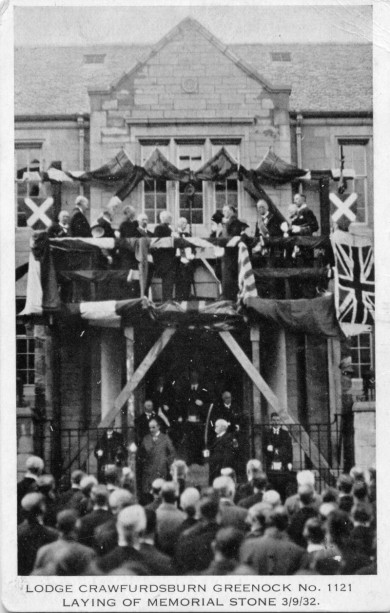 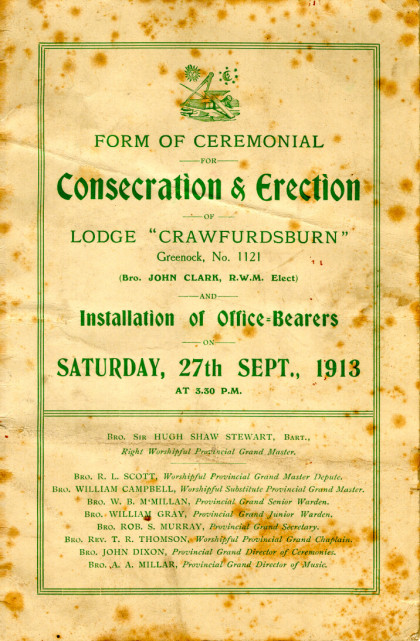 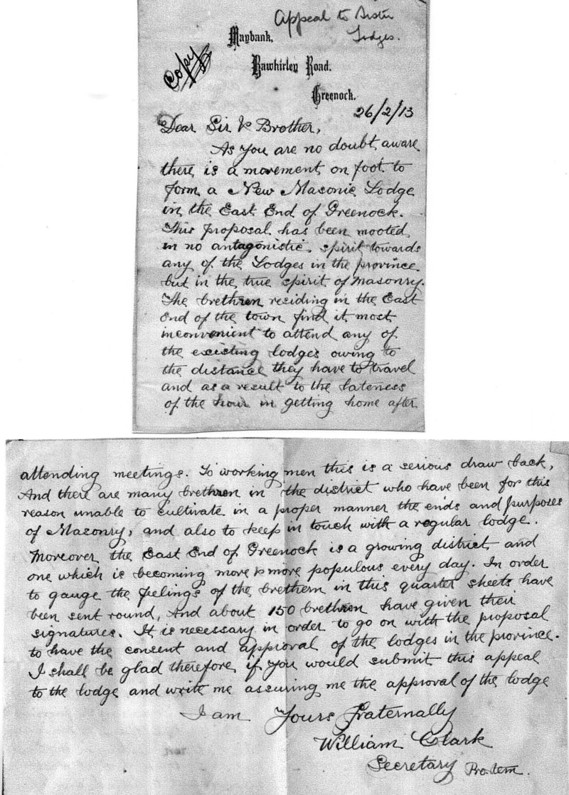 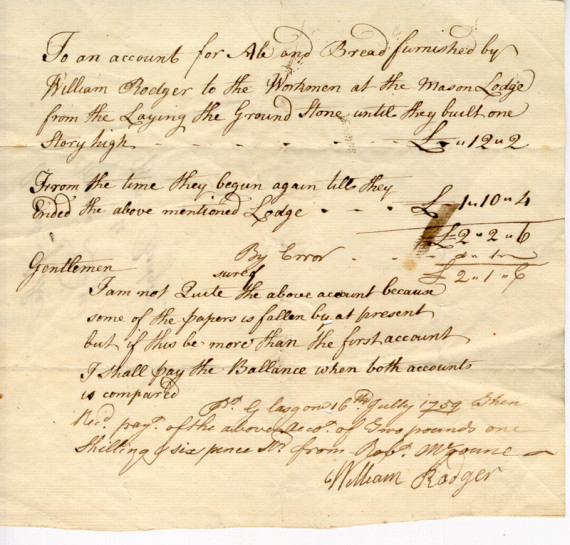 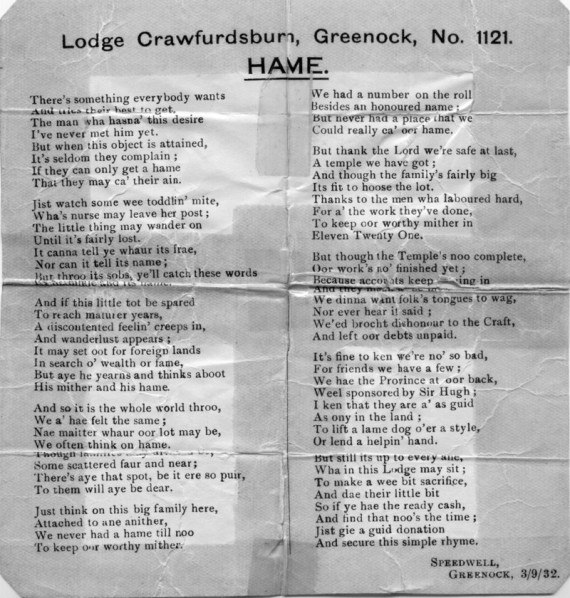 3rd September 1892. Why should this date 21 years before Lodge Crawfurdsburn Greenock No. 1121 was instituted and 40 years to the day when the Masonic temple at McDougall Street was opened be so interesting?

Anchored at the tail of the bank was the Steel Barque 'SS Auchmountain' built by Russell of Port Glasgow. She was bound for Australia with general cargo, pottery, paper and stationery from Greenock, linen and shawls from Belfast, Paisley and Ayrshire, furniture and candles from Glasgow and finally loaded on the last day from Kilcreggan, 20 tons of gunpowder in 50lb barrels, presumably for gold mines in Kalgoorlie.

On the eve of sailing, fire was discovered in the fore part of the ship. The fire was too strong to be extinguished, so “SS Auchmountain” was left to burn out or blow up. Blow up she did and parts of her cargo were found as far afield as Port Glasgow and Cardross.

Windows were shattered at Carwood Street, Belville Street and Princes Pier and throughout Gourock. The explosion was also heard in Dumbarton and Renfrew.
Two weeks later, a worker noticed a teakwood pump station floating in the wet dock at the Kingston Yard in Port Glasgow. It measured about two feet long by four inches square with a hole bored lengthways through it.

21 years later, Lodge Crawfurdsburn Greenock No.1121, having received their Charter from The Grand Lodge of Scotland, needed a charter case. The pump station was turned down, suitably engraved, mounted with silver ends, and presented to the Lodge by one of the Founder members and the first Master of Lodge Crawfurdsburn Greenock No.1121, John Clark, who was a joiner by trade.

This charter case has been used by Lodge Crawfurdsburn to this day and is understood to be the only relic of the loss of the “SS Auchmountain”.

This article was researched by the late George S Gray, a Past Master of the above Lodge.